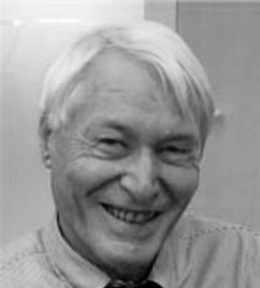 Professor Emeritus at the University of Strasbourg, Maurice Leroy is associate member of the National Academy of Pharmacy.

Maurice Leroy has devoted his entire career to higher education and research in Organic and Inorganic Analytical Chemistry. Professor at the European School of Chemistry, Polymers and Materials in Strasbourg (1972-2008), he was at the same time Scientific D irector for Chemistry to the High Commissioner for Atomic Energy (1992-2000; 2003-2008), Scientific Director at the Institute for Transuranium Elements ( ITU) in Karlsruhe (Germany) and Director of the CNRS joint research unit UMR 7512 in Strasbourg (1988-2000).

Chairman of the Scientific Council of the PARIS GDR (physicochemistry of actinides and other radioactive elements at interfaces and in solutions) (1995-2010). Chairman of the Scientific Council of the NOMADE GDR (New matrices for packaging and transmutation) (1995-2006), Chairman of the International Advisory Group of the PRECCI (CEA) programme ‘Long-term behaviour of irradiated fuel’ (1996-2004), EURATOM representative and member of the Generation IV “fuel cycle” and “new concepts” workgroups (2003-2004), Maurice Leroy has been an expert to the European Commission DG AIDCO since 2009.

Maurice Leroy is the author of more than one hundred publications and communications.

Since November 2012, Maurice Leroy is associate member of the National Academy of Pharmacy.