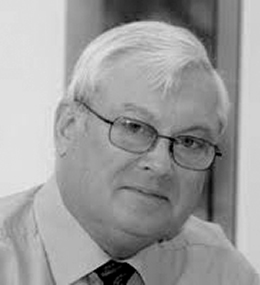 He was successively inspector at the nuclear office of the Belgian ministry of economic affairs (1978), consulting-engineer for district heating systems (1979), nuclear inspector (1980-1989) at the VINCOTTE organization (technical safety organization in charge at that time of the control of Belgian nuclear power plants), Head of the Health, Safety and Environment Department (1990-2003) at BELGOPROCESS (subsidiary of ONDRAF, national body in charge of the management of nuclear materials and waste in Belgium), and then Deputy Head (1993-2006) and Chief Executive Officer of ONDRAF (2006-2017).

His expertise is internationally recognized as an eminent member of various International Working Groups dealing with the management of radioactive waste within IAEA (OSART), the European Union (ENSREG) or the OECD Nuclear Energy Agency (RWMC Chair 2013-2019).

He was also appointed to provide his expertise to several companies and committees, especially in the Netherlands and in France where he was among others vice-president (2004-2018) of the expert group dealing with nuclear waste at the French Nuclear Safety Authority (ASN, GPD) and a member (2008-2014) of the French High Committee for Transparency and Information on Nuclear Safety (HCTISN). He also contributed to the Report published in 2012 on the costs of the French nuclear program by the “Cour des Comptes” (national body controlling that public funds are well spent).

Jean-Paul Minon is also co-author of two ICRP publications dedicated to nuclear waste disposal: “Application of the Commission’s Recommendations for Surface and Near Surface Disposal of Solid Radioactive Waste” (to be published), and “Radiological protection in geological disposal of long-lived solid radioactive waste”. (ICRP Publication 122-2013).