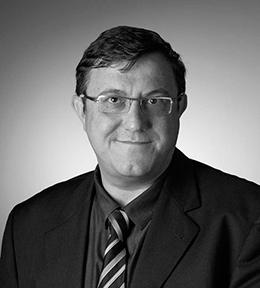 José Luis Martínez is Doctor in Materials Science from University of Madrid, Spain (1984). After working as researcher in Nagoya Institute of Technology (Japan 1982-1983) and Research Associate at Brookhaven National Laboratory (N.Y. USA, 1984-1985), he was appointed as Associated Professor at the Physics Faculty at University of Madrid (1984-1987).

After spent 5 years at the Institute Laue-Langevin, European Research Infrastructure dedicated to neutrons scattering techniques, based in Grenoble (France), in 1992 he was appointed as Researcher at the National Research Council (CSIC), inside the Material Science Institute in Madrid, and later Research Professor (2000) at the same institution.

José Luis Martínez is author or co-author of more than 300 scientific publications (Researcher ID: B-5371-2013), most of then related to structural, electronic and magnetic properties of materials based on experiments on neutron spectroscopy, done at different neutrons sources in Europe and USA.

From 2007, he stays during 8 years at the Secretary of State of Research, inside the Ministry of Education and Universities in Spain, as Deputy Director General for Research Grants system. Later he was appointed by CEA, as Associated Director of the Institute Laue-Langevin (ILL), world leader Research Center for neutron scattering techniques, for a 5 years appointment (2007-2012).

Presently, José Luis Martínez is Director General of the Consortium ESS-Bilbao (Bilbao, Spain). This institution is in charge of the Spanish participation in the construction of the future European Neutron Spallation Source (ESS-ERIC), presently under construction in Lund (Sweden), also he is member of the ESS-ERIC Council. From 2013, he is also Spanish delegate at the European Strategy Forum for Research Infrastructures (ESFRI, European Commission) and from 2016 chair of the Strategy Working Group for Physics and Engineering, inside ESFRI.